I dreamt about this dinner party for a long time.

As visions of southern Italy danced in my head (while I was supposed to be sleeping but instead tossing, turning and shlepping my covers on and off because lately I’m always hot and cold at the same time) I planned an evening filled with warmth and family to help Steve and I celebrate our 10th year of marriage.

Let me give you a little history on us and forgive me if I’m repeating myself but I’m getting old and it happens. When I first met Steve my boys were 13, 11 & 8 years of age. I was a single parent struggling to make ends meet and was too busy working full time and tending to my boys to look for a love interest in my life. BUT my friends and family seemed determined to find a match for me. After all, there is a lid for every pot.

SO I dated…and dated…..and dated and I kept track of each and every one of those dates.

Some were tall. Some were short. Some were rich. Some were poor. Some had boats. Some had cars. Some even had cars that didn’t start. Some arrived by bus and some on bicycles. Some had kids. Some had pets. Some were nice. Some were not. Some were clean and some were dirty. Hang on. By dirty I don’t really mean DIRTY….I mean….like kind of smelly. Until one day a gentleman named Steve (otherwise known as blind date #47…..ya…..47) knocked at my door.

He stood outside on the porch holding a bouquet of yellow roses in his arms. When I swung open the door all I heard him say was “WOW”. That’s it. Just WOW.

Wow what? Was it that my hair was starting to frizz already in the mid summer humidity? Was it that I was not his type and his thoughts were just vocalized by mistake (“wow, what were my friends thinking?”)

Or was it just wow, I’m glad she is my date tonight.

If you ask him now he will tell you this……..she will always be my WOW.

Now, here’s my take on what I said inside my head when I opened the door and saw him for the first time.

A. He’s not short

D. Why the hell is he wearing cowboy boots (never mind…I haven’t seen them since that day 18 years ago….but I know they are hidden somewhere in the house and I WILL FIND THEM)

F. He arrived in his dad’s woody (station wagon) because he was one of those dates that had a car that didn’t start.

Anyway, we dated. And dated. And dated. And eventually we ended up living together for 8 years without formally tying the knot. Until one day, my boss and his wife had enough of us living in SIN and said….you two need to get married and we will continue to bug you until you do.

In a very small informal way, we finally made it legal.

Here we are 10 years later and this is were I started off this blog…….dreaming about a dinner in Tuscany.

I quickly opened Pinterest. Made a secret Anniversary Board and starting pinning like crazy. I had the theme so the rest was basically easy.

As much as I love to cook, there was as special menu I had in mind and the only person I know who could pull off an authentic Italian style meal was my good friend Chef Ritacca of Cucina Mauro. A few blogs ago I introduced you to Mauro when he was kind enough to open his home to Steve and I for dinner. I will never forget how delicious the food was that he expertly prepared in his kitchen. It was an evening filled with Nonna’s recipes, rich with cultural undertones and laden with thousands of calories but totally worth the indulgence.

I contacted Chef Mauro last month to see if he was available to come and cook for our upcoming special occasion. Boy, was I ever excited when he said YES! We began collaborating on the menu and although Chef Mauro was in charge of the majority of the courses I really wanted to try my hand at creating a charcuterie board.

I must say, as a virgin charcuterie maker, I think this turned out pretty darn nice. I gave Steve the task of buying all the puzzle pieces (ingredients) and he came home with some stellar stuff.  Now here’s the dilemma I had. When was I going to actually take photos of this board? It gets dark here pretty early in the dead of winter so I jumped ahead of the game and set it up at 2 p.m., took a load of pictures and dismantled the whole thing only to put it back together again at 5:30 p.m. Humpty Dumpty ain’t got nothin’ on me yo.

It was showtime when Chef Mauro arrived just after 5 p.m. and unloaded his pots, pans, produce and various weapons of mass food preparation to commence making this four course meal.

Guests started arriving at 6:30 p.m. but one special person was missing. Francine (my boss Alan’s wife) was home sick with pneumonia. OH NO ! Not to worry. Alan made sure that his wife was still able to be at the table with him. He brought a picture of her face on a stick and placed it in his front pocket so it basically looked like he had two heads. As you can see below, she looked less than thrilled to be on a stick let alone not be able to attend this shindig.

The chef and I made sure to send home a full doggie bag for her to enjoy but there was no doubt that “the life of the party” was truly missed.

The table was set in advance. LIKE WAAAAAAY IN ADVANCE BECAUSE REALLY? I was too excited to wait another minute. I had rented harvest tables from a great guy (B.J. Charbonneau) here in Toronto who we have worked with in the past. His company is called Woodstock Rentals. The chairs and tableware were from the Event Rental Group and the menus and place cards were from our friends at Minted. Table decor was a collection of this and that from CB2, Crate & Barrel and believe it or not Dollarama (one of my favourite places on earth).

I sourced out prices for a floral garland from several places and each one was coming up way out of my budget so I decided to put my thinking cap on and get creative.  First I purchased sheer panel curtains for the base runner and a roll of burlap to nestle the greenery upon.

Then I purchased small pots of succulents, bunches of ferns and eucalyptus then added in fresh lemons and limes to create this beautiful centrepiece that took no more than 10 minutes to do. Easy shmeasy not too cheesy and really cheapsie.

Once the candles were lit and the ambiance was set, the rest of the evening flowed effortlessly.

The meal was served and spaced out with lots of breathing room. Espresso was freshly brewed and the dessert table was laden with beautiful treats that were brought by the guests who attended. My boss (through the direction of his wife) brought an out of control lemony meringue style cake from Phipps Bakery festooned with a very traditional but hilarious wedding topper.

And then there was another cake, this one from my youngest son (AKA the jokester in the family). It said, Happy Anniversary. Can’t Believe You Made it this Far.

All in all a simply beautiful evening with amazing company and a stellar chef.

Oh and Steve….my sweetheart, my husband and my best friend. You are my light, my love and my source of entertainment. Without you I’m not whole. Here’s to another 40 years of laughter and fun. xo

Sharing My favourite #bananabread recipe with you

Hello. It’s been a while. Thought I should dust

A new chapter begins as the last chapter closes. C

My mom used to make what she called flatzy chicke

It’s been a while since I baked anything so Stev

Life is definitely a highway and we took a drive o

Today I lost my hero. My mom, my inspiration for e

Had to jump on the #viral #ricecake bandwagon and

Sprinkles make me happy. These are one of my favo

Until we meet again my beautiful sister, best frie

Happy #mothersday weekend to all who are celebrati 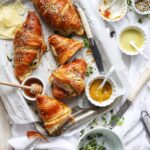 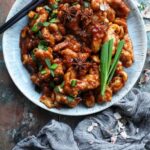 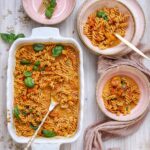 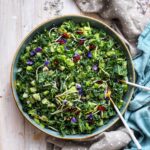 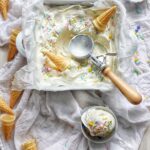 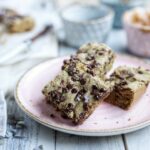 Sharing My favourite #bananabread recipe with you

Hello. It’s been a while. Thought I should dust

A new chapter begins as the last chapter closes. C

My mom used to make what she called flatzy chicke

It’s been a while since I baked anything so Stev

Life is definitely a highway and we took a drive o

Today I lost my hero. My mom, my inspiration for e

Had to jump on the #viral #ricecake bandwagon and

Sprinkles make me happy. These are one of my favo

Until we meet again my beautiful sister, best frie

Happy #mothersday weekend to all who are celebrati